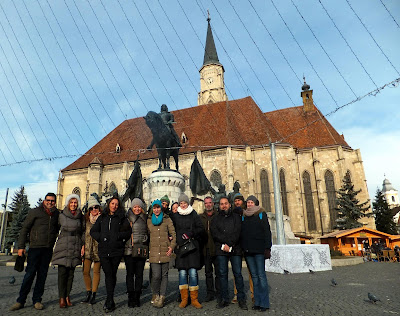 
Since the start of the project in September 2014, the six project partners have been working on the development of five toolkits to provide training to adults at risk of social exclusion on the basic and transversal skills necessary to improve their employability. The five toolkits include a set of innovative educational and training methods, tools and materials based on the principles of Active Learning.


During the months of October, November and December, three pilots were organised in the cities of  Alcalá de Guadaíra (Spain), Krakow (Poland) and Frattamaggiore (Italy) to test the toolkits with the target group: adults at risk of social exclusion. 72 adult learners and 16 trainers participated in the pilots. The feedback received from the adult learners and the trainers during the testing of the five toolkits was presented during the meeting in Cluj- Napoca. Based on the results of the testing, the project partners have established the necessary improvements before the final publication of the toolkits. The toolkits will be published in July 2016 in six European languages (English, Greek, Italian, Polish, Romanian and Spanish) on the project website for free use and re-purposing by any interested party as OER (Open Educational Resources).


This project, co-funded by the European Commission within the framework of the Erasmus + programme, will be a stepping stone towards a fully inclusive European society where every European citizen has access to high quality education and employment.